Euclid Tsakalotos: Deepening the EMU and the Social Issue – Without dealing with the social issue deepening of EMU will simply not work…

Euclid Tsakalotos: Deepening the EMU and the Social Issue. One can have financial stability and growth but still have high levels of social exclusion and inequality…

It has been said about politics that more important than the answersare asking the right questions.

What is the goal of deepening EMU? Less time than one would think has been spent on this question. Everybody – or nearly everybody – agrees that something needs to be done but there is little attempt to tie proposed solutions to delineated shortcomings.

Decreasing the chances, or at least the severity, of a new financial crisis? Increasing the long-term rate ofgrowth? Promoting convergence within EMU? Countering right-wing nationalistic and centrifugal forces? All of these?

Lack of clarity is slowing progress on what has come to be called the Macron Agenda. Part of the reason has to do with political differences between member states.

Should we proceed in tandem with risk sharing and risk reduction in financial markets, or do we need to prioritize, at least, in the first instance risk reduction?

Do we need a fiscal capacity for the Eurozone, and an element of stabilization to address asymmetric shocks, or is it a matter of each member state putting its own house in order with respect to fiscal matters so as to react on its own to shocks?

Would an ambitious plan for investment in European public goods put Europe on a higher growth trajectory, as well as alleviate regional divergences, or can we simply rely on member states continuing with a structural reform agenda?

Debates on these, and other questions, have been going around in circles in recent Eurogroup and Ecofin meetings without any obvious oscillation to an agreed equilibrium of consensus.

And yet it seems obvious to a majority of professional economists that EMU lacks some of the basic tools that make other monetary unions work, notably banking union and risk sharing with respect to finance, and a budget at the European level that can act as both a stabilization and an equalization mechanism.

For instance, the opposition to QE in Germany is perfectly understandable as very low interests create serious problems for pension funds and other savings institutions. Indeed, QE has led to too low interest rates for some and not low enough for some other Member States.

The obvious response is that we do not have enough policy instruments to match our goals.

A fiscal capacity at the European level, as well as a more expansionary policy in those member states with more space for such a policy, would have been a great help in getting the policy mix right.

But even this does not go far enough. One can have financial stability and growth but still have poor jobs, or jobs with no prospect for an acceptable career path, high levels of social exclusion and inequality, and large regional divergences in economic outcomes. 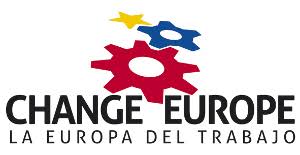 It is these issues that are driving nationalistic and centrifugal forces. In short, without dealing with the social issue deepening of EMU will simply not work.

It would be difficult to claim that the debate on deepening EMU has captured the European public imagination. It has hardly figured in recent national elections throughout Europe.

And yet unless there is a European public space for debate on how Europe is going to be more democratically accountable and socially inclusive, how can we possibly expect to challenge the forces of Euroscepticism?

I end loyal to my opening dictum. Of all the ideas for deepening EMU, which ones will do most, and how, to adress the social and democratic deficit that lies at the heart of the European malaise?